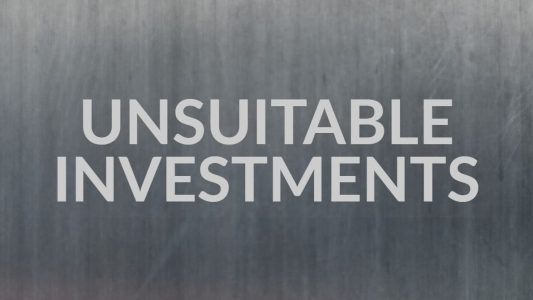 On March 29, 2018, the State of Ohio Division of Securities denied an application for a securities license to former LPL Financial LLC and International Assets Advisory LLC broker, Michael P. Spolar.  The decision comes in the wake of ten customer claims accusing Spolar of misconduct, two broker-dealers discharging him, and a securities regulator suspending him.

Michael Patrick Spolar entered the securities industry in 1991 and was registered as a General Securities Representative with seven firms.  This includes LPL from February 2013 through April 2015 and International Assets from April 2015 through November 2017.

Before Spolar joined LPL, three customer claims alleged his misconduct caused their losses.  A claim filed in September 2003 that settled for $70,000 alleged Spolar recommended “highly speculative securities” that were unsuitable to the customer.  In April 2009, a claim alleged he caused losses in auction rate securities and settled for $2.55 million.  A September 2009 claim alleged Spolar’s misrepresentations and unsuitable investments caused a customer $2 million in losses and later settled for $450,000.

Spolar spent just over two years at LPL, which discharged him on April 13, 2015.  LPL publicly disclosed that it fired Spolar for violating LPL’s policies when he placed discretionary trades in brokerage accounts.

On April 23, 2015, International Assets hired Spolar.  In December 2015, another customer filed a claim alleging Spolar made unsuitable recommendations and unauthorized trades.  This claim alleged the misconduct occurred while he was at LPL and settled for $140,000.  During the next two years, four more claims were filed alleging Spolar made unsuitable recommendations and authorized trades while at LPL, all of which settled for monetary amounts.

On May 16, 2017, the Financial Industry Regulatory Authority, Inc. (FINRA)—the self-regulator of stockbrokers and brokerages—suspended Spolar for one month after investigating allegations of his misconduct.  FINRA announced it found, while registered with LPL, Spolar “exercised discretion in at least 6 customer accounts” without obtaining the customers’ authority to do so.

On October 9, 2017, International Assets publicly disclosed it fired Spolar for contacting his clients while he was suspended.

In December 2017 and March 2018, customers filed two more claims against Spolar that are pending resolution.  Both allege he made unsuitable recommendations regarding margin trades while he was at LPL.  One of the claims alleged the misconduct continued when he joined International Assets.

Options for Investors to Recover Losses from Unsuitable Investment Recommendations

Brokerage firms, like LPL and International Assets, have a duty to reasonably supervise their brokers, including to ensure they do not recommend unsuitable investment products or strategies.  When firms violate this duty, customers have a right to pursue failure to supervise claims to recover losses from the firms.  Additionally, courts and arbitrators may find firms responsible for their brokers’ misconduct.

Courts and arbitrators may also consider firms’ history when hearing claims.  Marquardt Law Office LLC previously reported on regulators assessing LPL with more than 90 sanctions and tens of millions of monetary penalties during the past ten years for its alleged supervisory violations.

If you invested with Michael P. Spolar, Marquardt Law Office LLC is interested in speaking with you.  Call the firm at (312) 945-6065 to speak with an attorney and receive a free case evaluation.  You may be able to recover your losses.