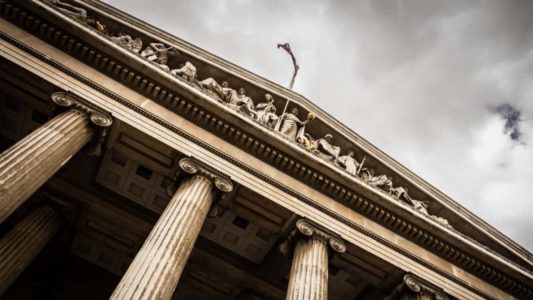 If you or someone you know invested with John Cochran Maccoll, call Marquardt Law Office LLC at (312) 945-6065 to receive a free consultation about investment recovery options.

The SEC stated in a press release that it accuses Maccoll of violating its anti-fraud laws for stealing almost $4 million from at least fifteen mostly senior clients.  Details of the criminal indictment are unavailable, but recent defendants facing similar SEC civil charges were also criminally charged with money laundering and mail fraud.

Maccoll reportedly used high pressure sales tactics to convince his UBS clients to transfer money to him that he promised to invest in funds with returns as high as 20%.  Instead, he stole the money for his own personal use, said the SEC.  Maccoll allegedly also used $400,000 of clients’ money to make Ponzi-like payments to other investors to conceal his fraud.

Eleven customer claims resulted in settlement payments to customers, including a claim filed in April 2018 that settled for $942,520 and one filed in May 2018 that settled for $95,791.  Nine claims were filed in 2018 to seek recoveries for alleged stolen funds, while five filed from 1990 through 2013 sought recoveries for alleged misconduct such as forgery and unsuitable investment recommendations.

John Maccoll was employed by UBS Financial Services Inc. as a broker and investment adviser from January 2006 through March 2018.  On March 15, 2018, UBS disclosed that it discharged Maccoll because he failed to cooperate with its investigation into whether he stole a client’s funds.  According to UBS, Maccoll later told UBS “that he misappropriated funds from 13 clients.”

On March 23, 2018, FINRA indefinitely suspended Maccoll from associating in all capacities with firms registered with FINRA.  FINRA said that it suspended Maccoll for failing to respond to request for information during its investigation of him.

A securities broker, like Maccoll, must recommend only investments that are suitable to a customer based on factors such as the customer’s age, investment experience, risk tolerances, and financial status.  A brokerage firm, like UBS, has a duty to reasonably supervise its brokers, including to ensure he does not recommend unsuitable investments or commit fraud.  A firm has a duty to place a broker with a history of customer complaints on heightened supervision.  When these duties are breached, customers have claims for their losses.

Marquardt Law Office LLC is a securities law firm that represents investors nationwide who have suffered losses due to misconduct such as fraud and negligence.  Most investors pay a contingency fee, meaning there is no attorney fee if there is no recovery.