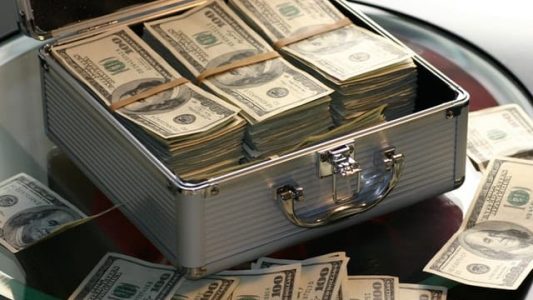 Dawn Bennett and Bradley Mascho, two ex-Western International Securities, Inc. brokers, have been accused in regulatory, criminal, and customer complaints of fraud and other misconduct causing investors millions in losses.  Several of their former clients have recovered losses in arbitration claims, and others may still have claims.

The latest regulatory action occurred in January 2018 when the Financial Industry Regulatory Authority, Inc. (FINRA) barred Mascho from associating with firms registered with FINRA.  FINRA said it barred Mascho for declining to provide sworn testimony during FINRA’s investigation into his potentially serious violations, including fraud.

This action followed the Securities and Exchange Commission (SEC), on December 4, 2017, adding Mascho as a defendant to its existing civil complaint against Bennett.  The SEC complaint alleges Bennett defrauded investors in DJB Holdings, LLC (a/k/a DJBennet) and Mascho aided and abetted her.

The U.S. Attorney’s Office for the District of Maryland filed parallel criminal complaints against Bennett and Mascho, which alleges DJBennett was a Ponzi scheme.

Bennett wholly owned DJBennett, an internet clothing company, and served as its CEO.  Mascho served as its Chief Financial Officer while he also worked as a broker for Western.

Bennett and Mascho misled investors about the financial condition of DJBennett, which never earned a profit, to raise $20 million, alleged the SEC in its complaint.  For his part, Mascho allegedly prepared false financial statements and helped recruit Western brokerage customers.

Bennett reportedly misappropriated funds from DJBennett that she used to purchase personal luxury items, such as jewelry, high-end clothing, and a $500,000 annual lease for a luxury suite at AT&T Stadium in Dallas.  The SEC said she also used new funds raised to make payments to existing investors to conceal the fraud, in classic Ponzi scheme fashion.

Dawn J. Bennett and Bradley C. Mascho first registered with FINRA member firms in 1996 and 1997, respectfully.  They were both registered as General Securities Representatives with Legg Mason Wood Walker, Inc. from September 1999 through February 2006, then with Royal Alliance Associates, Inc. from February 2006 through October 2009.

In October 2009, Bennett and Mascho registered with Western International Securities, Inc.  In September 2015, the SEC publicly announced that it brought fraud charges against Bennett.  Two months later, on November 14, 2015, Western publicly disclosed that it allowed Bennett to resign because she sold investments in her company to her customers without disclosing the sales to Western.  Two years later, on December 5, 2017, Mascho voluntarily resigned from Western after the SEC and U.S. Attorney’s brought charges against him.

Recovery Options for Investor Losses from Bennett and Mascho

If you invested with Bradley Mascho or Dawn Bennett, Marquardt Law Office LLC is interested in speaking with you.  Call the firm at (312) 945-6065 to speak with an attorney and receive a free case evaluation.  You may be able to recover your losses from the DJBennett fraud or other misconduct.

According to FINRA records, in February 2015, one of Mascho’s customers filed a claim against Western alleging that Mascho recommended unsuitable investments to the customer that resulted in a $305,000 loss.  Western settled the claim for $137,500.  When brokers recommend investment products or strategies to their clients, securities rules and laws require those products and services to be suitable to the clients.  Suitability is based on factors such as a client’s age, investment objective, risk tolerance, investment experience, and financial status and needs.

Rules and regulations required Western International Securities, Inc. to reasonably supervise Mascho and Bennett to prevent violations, and arbitrators often find firms are liable for their brokers’ misconduct.  Most investor claims are filed in FINRA arbitration, which has a six-year eligibility period for claims.

Marquardt Law Office LLC is a securities law firm located in Chicago, IL that represents clients nationwide in FINRA arbitration who have suffered losses due to fraud or negligence.